How it all started

Many local people will be familiar with seeing the large white cross that is erected every Easter next to Carn Brea Castle, but how did it all begin?

The story starts back in 1976 when a young man called Rodney, from the village of Lanner came up with the idea to erect a 30 foot (9 metres) cross, 738 feet above sea level.

Rodney, and his wife Ann paid for the constrcution of the cross, which was built by E. Thomas & Co in Ponsanooth.

After the cross was made the next challenge was to get the permission needed to erect the cross. Most of Carn Brea was owned by the local authority but a local builder, by the name of Percy Williams had purchased the top of Carn Brea and was converting the old castle into a restaurant, which it remains today. Rodney approached Percy about the idea of having of erecting the cross and Percy immediately agreed and also offered this use of his scaffolding and hoists etc.

Erecting the cross on top of the Giant’s Head rock, in windy conditions proved problematic and it was soon realised that additional ropes and hawsers were needed which were kindly supplied by Macsalvors (a local hardward supplier). The process of erecting the cross has been refined over the years but it still remains a large task which many local people assist with every year.

From 1987, a sunrise Easter Sunday service is held every year at the foot of the cross and is attened by many people from different churches in the area.

Our thanks to the Grapevine Community Church for allowing us to use this photograph. 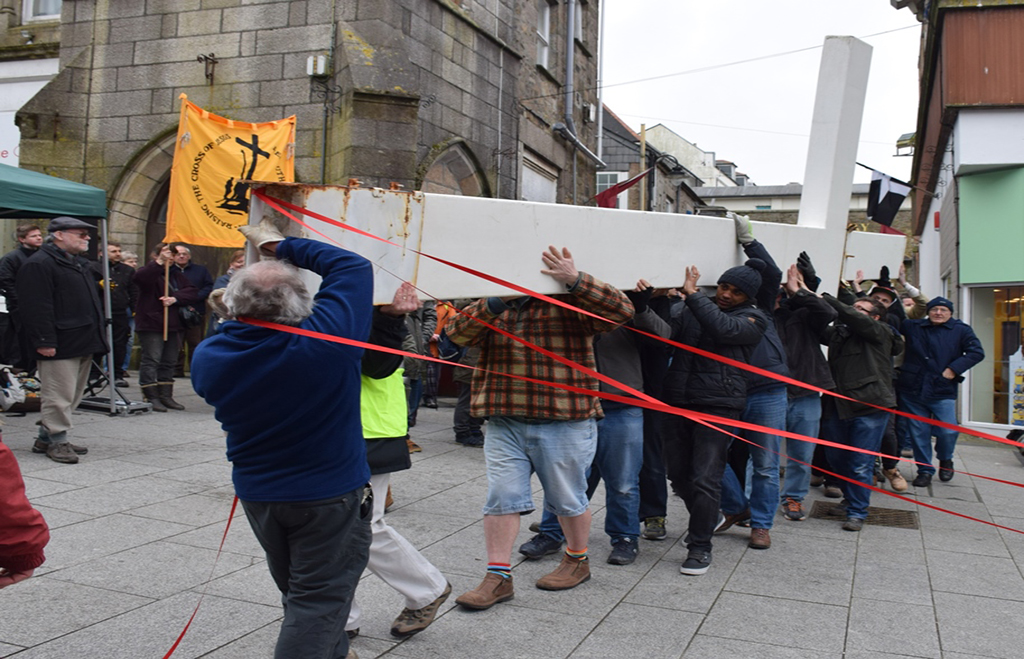 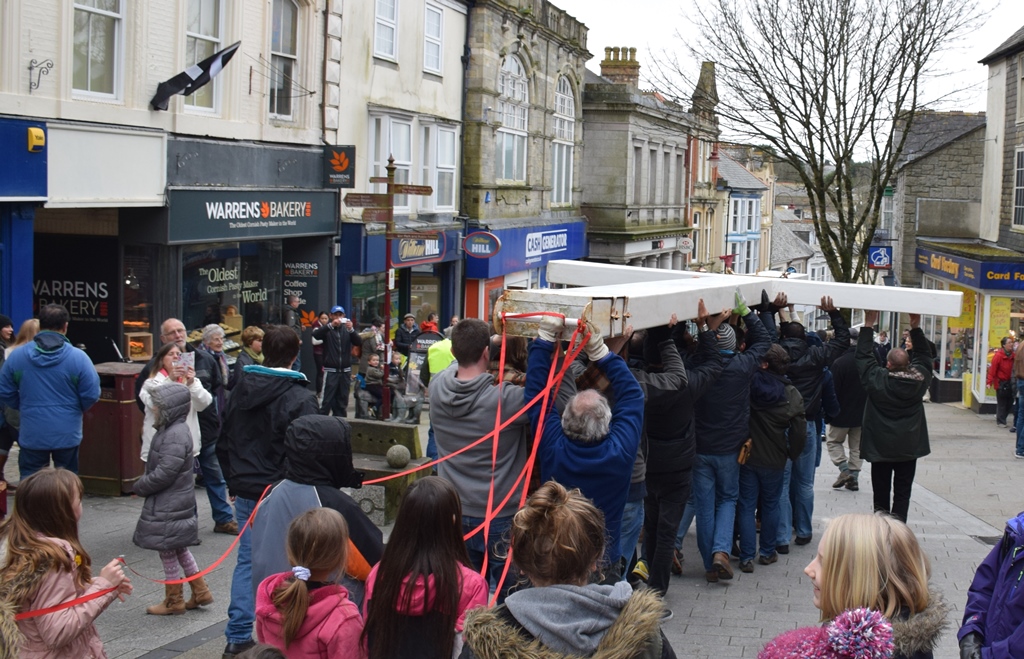 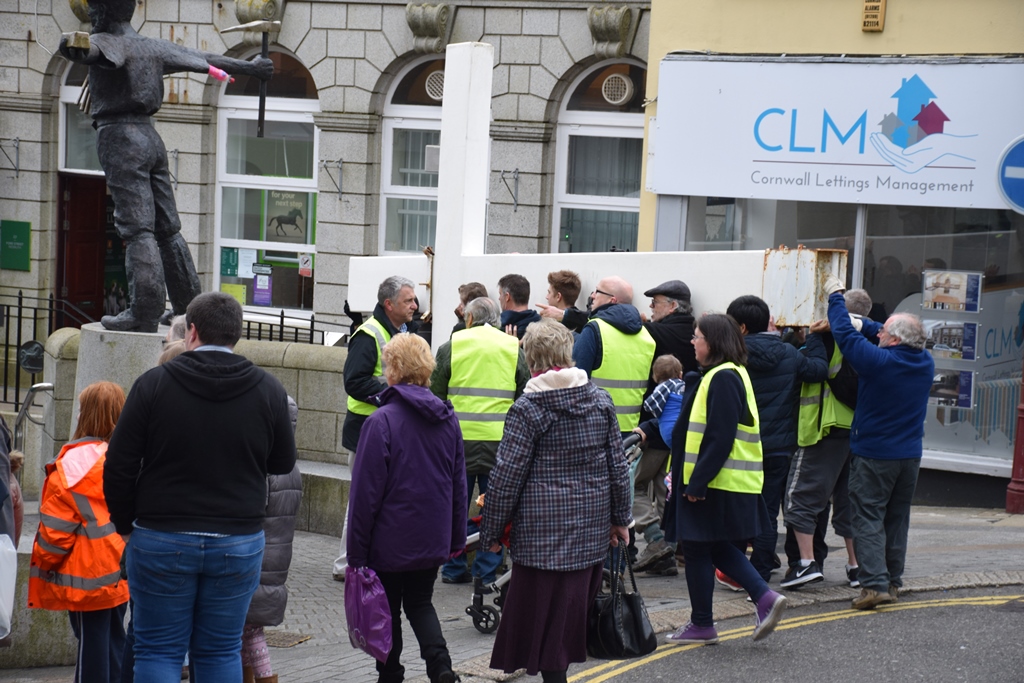 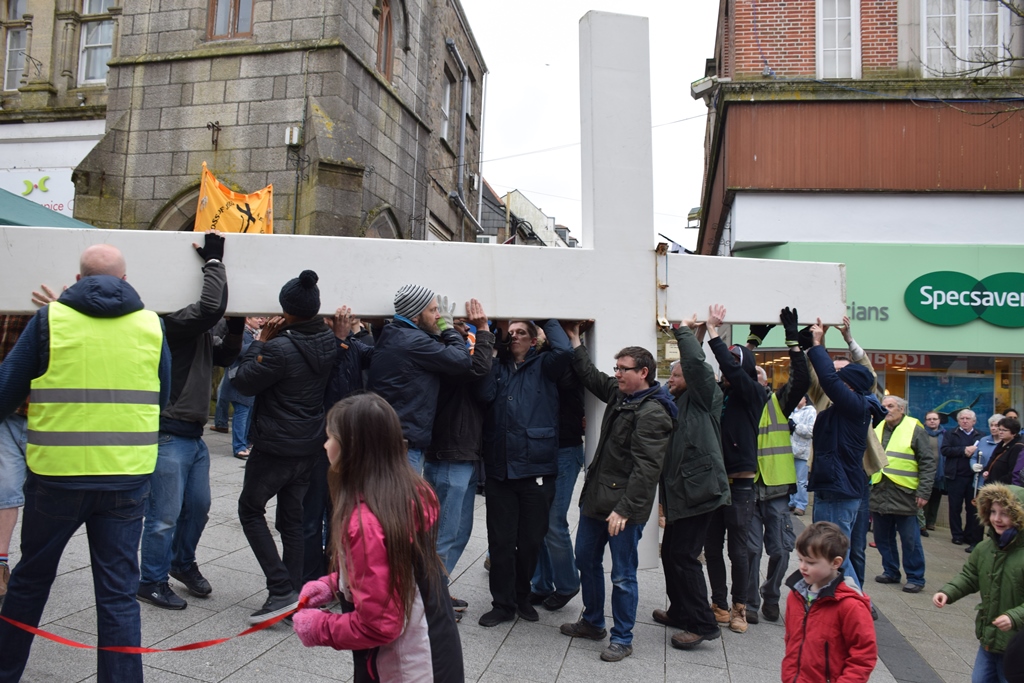 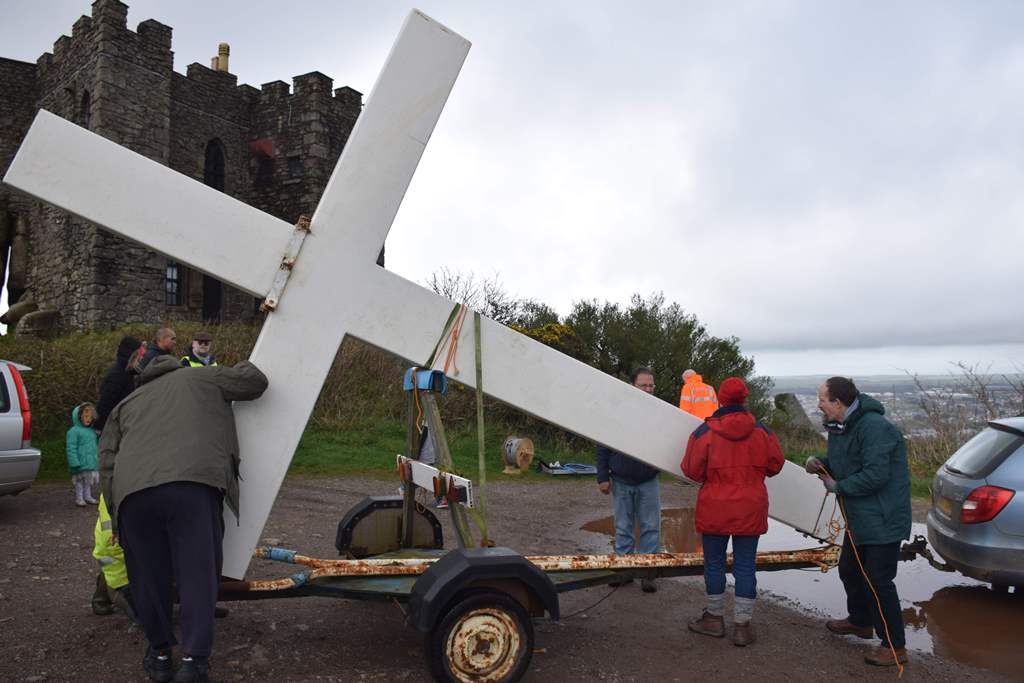 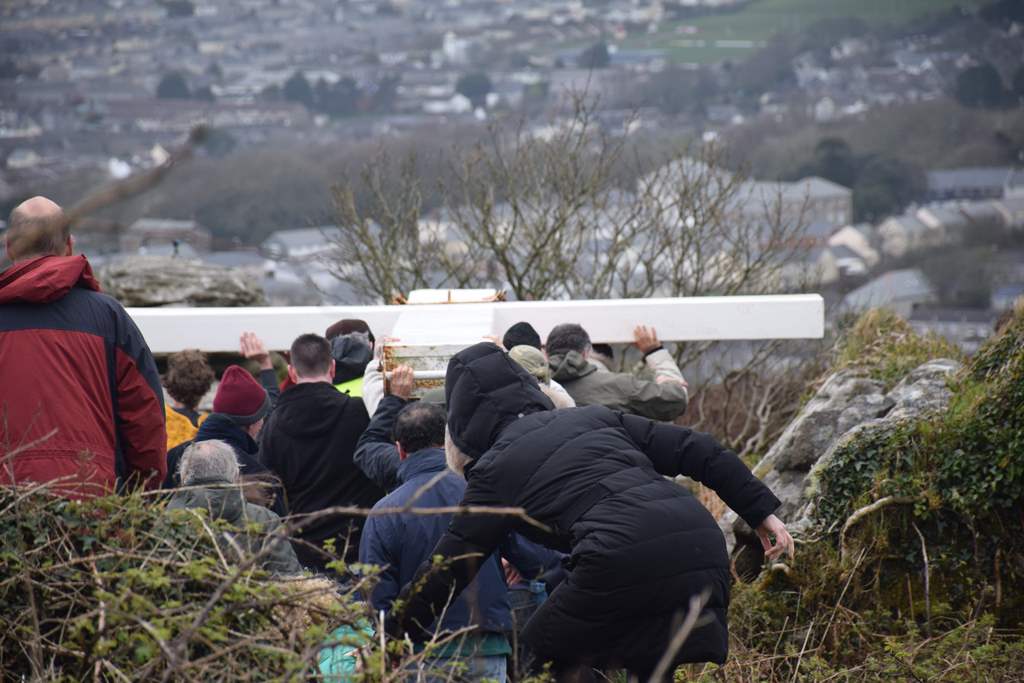 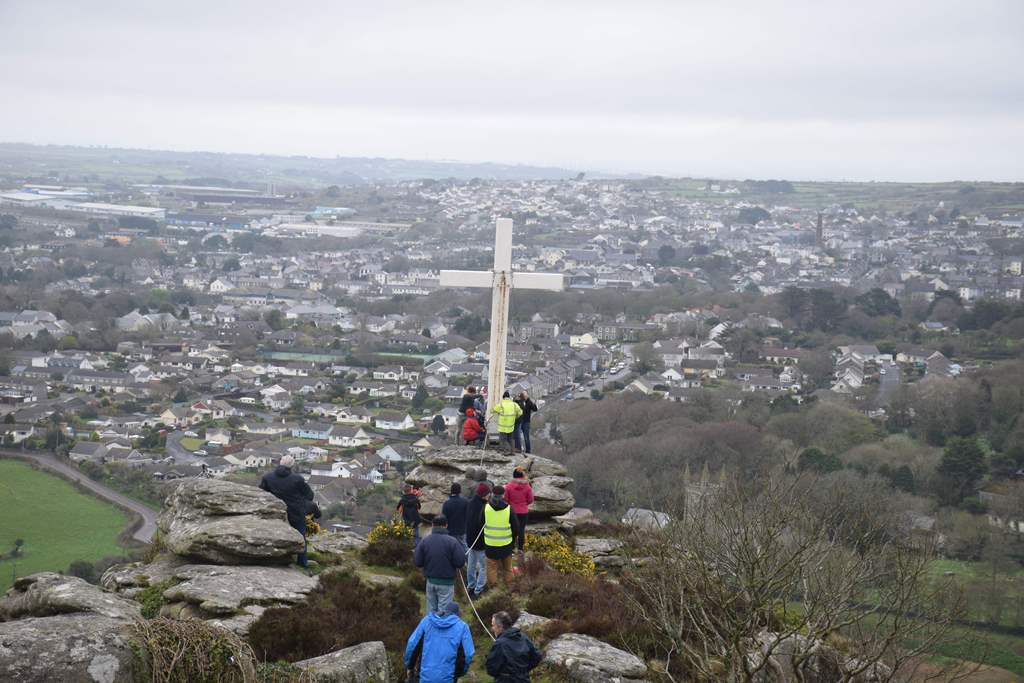 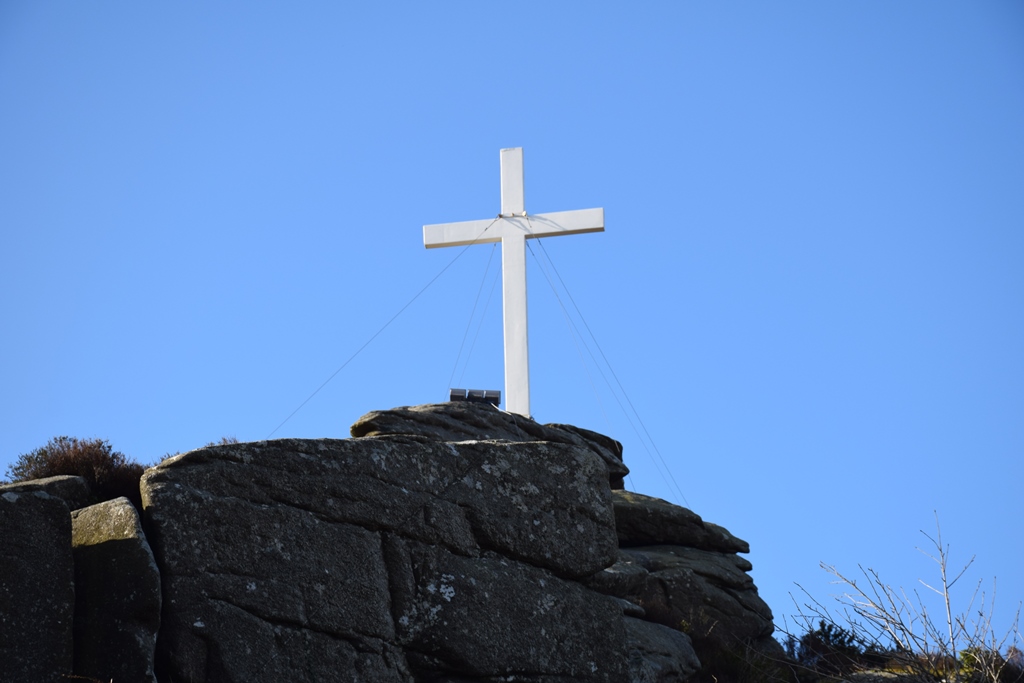 Our thanks to Jim Seth for allowing us to use the above photpgraphs.

This website uses cookies to improve your experience while you navigate through the website. Out of these, the cookies that are categorized as necessary are stored on your browser as they are essential for the working of basic functionalities of the website. We also use third-party cookies that help us analyze and understand how you use this website. These cookies will be stored in your browser only with your consent. You also have the option to opt-out of these cookies. But opting out of some of these cookies may affect your browsing experience.
Necessary Always Enabled

Any cookies that may not be particularly necessary for the website to function and is used specifically to collect user personal data via analytics, ads, other embedded contents are termed as non-necessary cookies. It is mandatory to procure user consent prior to running these cookies on your website.